← Home for the Holidays: Final Week
God Is With Us →

Give Presence: Living the Incarnation 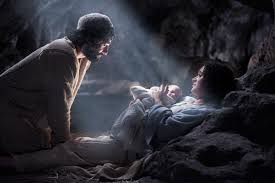 from the Movie The Nativity Story, 2006.

The story of Christmas is foundational for understanding Christianity in so many ways. God sent his very best, his own Son Jesus Christ, the God-man, on a daring rescue mission. In need of rescue was the human race including you and I. The mission included a display of love that led to the willing death of an innocent Rescuer for the sake of those he loved. In the end, the Rescuer wins the day, defeating all the bad guys, including death, sin and guilt, and Satan (Colossians 2:13-15, Hebrews 2:14-15). Here’s the real kicker: Now God desires that we repeat the process of being sent, loving, sacrificing, and rescuing through announcing/retelling this story to all (John 21:20, Acts 1:8, Philippians 2:3-5). When God wanted to save the world, he sent himself. He GAVE PRESENCE. Today, he continues to GIVE PRESENCE to the world through those he has rescued.

Here’s three lessons we learn about Incarnational Living from God’s giving to us. These have become filters for our church as we seek to live with a missionary posture toward our community.

God’s Big Give: Proximity, Responsiveness, Radical Generosity. The story of Christ and Christmas.

I am - Follower of Jesus Christ - Husband to the beautiful and patient Heather Corley - Father of three. - Church Planter / Church Planting Strategist with the Louisiana Baptist Convention. - When I can, I’m reading, raised bed gardening, deer hunting, and on mission with my church. - Hoping to be helpful.
View all posts by Lane Corley »

Posted on December 17, 2012, in Christmas and tagged Christmas, Incarnation. Bookmark the permalink. Leave a comment.

← Home for the Holidays: Final Week
God Is With Us →