New Orleans is extremely important to Louisiana & our efforts to reach & resource churches there should be of highest priority.

How are we doing at reaching the Big Easy?

The churches of New Orleans have endured much & are a strong lot that do great work reaching its population. And the story God has began writing through church planting over the last few years, in my opinion, is historic & amazing. 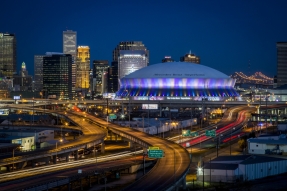 New Orleans is a tough place to minister & we have some incredible young families laboring to plant literally in some of Louisiana’s toughest neighborhoods. I’m inspired by their courage & hard work & pray for them by name on a weekly basis.

Follow much of what is happening in church planting in New Orleans on the Send New Orleans Facebook page. And you can get info on our planters in New Orleans by checking out the Planter profiles at NAMB.net.

Posted on July 17, 2018, in Louisiana Baptists. Bookmark the permalink. Leave a comment.